Living Life in the Cloud – A CTO’s Experience 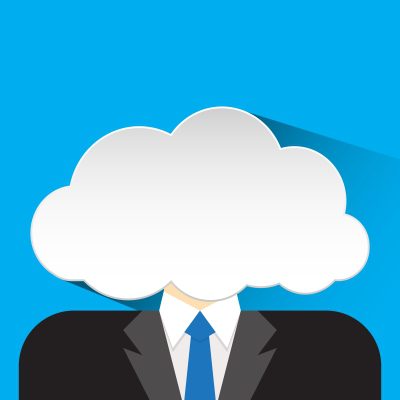 It’s only been a few months since I joined TAMI as CTO, and I must say, it’s been a bit of an eye opener when it comes to all things cloud related! I have about 30 years’ professional development/technology experience. Granted, the earlier part of that was long before the internet or cloud was even close to a reality, but I’ve truly embraced the digital advancements of the last 20 years. I’ve always tried to keep my head in the cloud as much as possible while in a working environment, but there were inevitable hurdles. Moving anything significant to the cloud was often welcomed with reluctance. There were lots of unanswered questions on matters such as:

The list went on and on. Looking back now, I think it was a fear of the unknown; a fear of dropping old battle hardened habits, and taking a jump into uncharted waters. And cloud providers don’t communicate very well with SMEs and ISVs; they just make the assumption that you will figure all this stuff out for yourself. Making the business case in a commercial environment to try and figure out all the answers can be quite difficult. I feel that the likes of Google and Amazon could be doing a better job to provide workshops and addressing the concerns that are raised when attempting to move environments to the cloud.

Before my current role in SalesOptimize, each organisation I worked for always had an internal IT infrastructure; physical hardware and resources that were nestled away in the depths of the building, in a cold room guarded by security keys, physical locks and passwords. I rarely stepped foot into these internal IT layers, there never seemed to be a need to…except for that time there was a power outage and I was the only person on site. Flicked a few trip switches on the power supply board to get things back up and running again. Talk about saving the day!

I can tell you from a reasonable length of experience that in recent years, with remote access capabilities, diagnostics, debugging and logging utilities, I almost never had to sort out a physical hardware or even software issue myself. I was often working in an environment where I didn’t need access to physical hardware and devices. There was a comfort factor in knowing that they were close by, but it didn’t really seem to matter how near or far away they were.

Previously, I would have a go-to person that I could ask: “Can I get a new VM?” (virtual machine – online computer), or “I need someone to set up this account in exchange.” Provisioning of resources was a controlled experience; justification was required, costings were needed, etc. Before any resource was allocated, there was plenty of red tape in the way. Don’t get me wrong, these were good controls to have; you should be expected to justify why you require something.  Practical, physical factors need to be taken into account, and it also provides an opportunity to review your long term goals as a company, to access your need for consolidation or increasing resources in particular areas.

Looking back on it now, I realise that the decision and justification were the control points; once those reviews and decisions were made, someone, somewhere could put those decisions into play. This was generally someone I knew well, understood their capabilities, and could see the schedule of when this would all be delivered. That was comforting; I had complete end to end visibility of the process and delivery. But did I actually need this level of control and visibility? In reality I don’t think so. I feel that it could actually be a burden to require this level of control. It’s almost like micro managing things, juggling too many balls at once and losing focus on the job at hand.

You might think that a lot of the above has nothing to do with the cloud and service delivery. But it’s only now, when I look back at the way I worked in a controlled environment versus the way I work now in a cloud environment, I can see that that my current focus is more directed to tasks I need to be involved with. So why would working in the cloud lead me to think like this? Well, using the cloud and its services is unburdening a lot of control; I’m shaking off the shackles that were tying me, without really being aware they were tying me down in the first place.

Life in the Cloud

At SalesOptimize, we don’t have any real physical internal hardware that’s shared between people. All documentation, development, email, telephony, production systems, development systems, testing environments now live in the cloud. Every single bit of our environment relies on 100% availability of cloud services and the infrastructure of our suppliers. With that said, we do all have laptops of various shapes and sizes…we do need some physical devices! And in actual fact, the development department relies heavily on these at the moment, but nearly all of our other systems could run from a browser, remotely without any problems. Nothing would be lost if any one of our machines blew up.

Now I wander from device to device, having access to everything in any location that I work from. When working from home on a 5-year-old development server, I have access to the same facilities that I do from my laptop. When working on my phone on the way home, I can review and update documents (can’t cut code on a phone yet, maybe someday!!) and have those changes saved and immediately available to myself and all my colleagues.

Without walking into a company that was already working this way, I think I would have fallen immediately into picking up physical hardware for TAMI to work with. In fact, there have been a number of occasions where I wanted to purchase of physical hardware, but thankfully I resisted theses urges and now the temptations are becoming less and less. I almost sound like someone who is addicted to the tactile, physical nature of computing, and I think I was (and still am slightly). But more and more, I’m appreciating the fact that I don’t need my hardware fix anymore, that the only physical devices I need are the ones required for my daily work and offline requirements.

So right now, life is good in the cloud for myself, my team and the rest of the company (I think. Sales and marketing work on a different planet to us…I mean, in a different office). But what’s really great is that almost everyone other than myself in the company just evolved into the cloud environment and was swimming in that world before I ever set foot in the door. I’ve had to sit down and think about various issues we face from operational perspectives, and about growing and scaling the activities we do and the customers we serve. But the cloud for us, actually helps us with these problems rather than hinders us.

In comparing and contrasting the current enterprise environment to the cloud environment, I would say the following:

Justification of purchases is still required

You will always need justification for a particular resource. If you need a VM in the cloud or some additional storage or compute capacity, you still need to understand the cost of it, the reason to purchase it, how it’s going to be used and how long it’s going to last for.

Resource planning becomes less of a problem in the cloud

The cloud environment exposes massive scale out of the box, and we know in TAMI that we can scale to any size; once we develop our software in the correct manner. We don’t need to plan up front for physical hardware resources. If we need bigger resources, we can find them quite easily. We have a choice of suppliers to purchase these resources from.

A lot of companies (like SalesOptimize) have a development operations team (dev-ops for short). Developers need to understand a lot of the technology they use, as they are usually the best people to help expand the environments that the software runs in. I deliberately say ‘help’ because developers don’t know everything. Depending on your size, you may eventually need dedicated people/team(s) who look after various technical infrastructure requirements. Things like backups, security, networking of devices (yes, even in the cloud you need to tie machines and services together), database management, etc. Moving to the cloud won’t prevent these day-to-day operations, they still need to be managed.

Security is still a huge concern

We have the same issues in both cloud and enterprise environments. You always need to be on top of your security game and lock everything down. But looking at the cloud aspect of computing, when you see the massive data centres built by Microsoft, Amazon and Google, the physical security that is required to access these buildings before you even get a whiff of a server is 100x stronger and better than any security I’ve ever come across in an enterprise environment.

We have a lot of options here in terms of what data needs to be held locally in the country of origin and what doesn’t. I know from a compliance perspective, particularly in financial and government circles, data must be held locally within the country of business residence. I personally see this changing over time; data will be held in trusted environments, but aside from that, you could choose which centre your data will reside in. A lot of the bigger providers in this space now guarantee that your data won’t move outside of that hosted locality.

This is always a tough one. In paying a large yearly sum for cloud services, I sometimes review the sums and sit there thinking: “Wow, I could have 5x the physical hardware for that cost and employ two people also to manage it!” But you then need to weigh up other factors:

For me, most of these worries are now gone, disappeared into the ether like a cloud melting away under direct sunlight. But I know that void will soon become filled with other concerns, and those other concerns are now the important ones to me. How will my technology scale? Will it serve the business as required? What do we need to plan for in 2-3 years’ time?

It’s been a learning curve for me over these last few months; having to evaluate and make decisions about the environment that my team and I work in and being steadfast without slipping back into old habits has pushed me in ways I never imagined. In going through this process, I’m now sure that the cloud environment is absolutely the future for TAMI and for most other companies out there. Over time, and with younger generations hot on our tails, we need to wean ourselves off the dependency of a physical, tactile computing environment.

I believe that if companies don’t move in this direction, if they don’t embrace what the cloud has to offer, then they will eventually be left behind and in danger of becoming redundant. What a pity that would be; and all because of a fear of change. I also find it odd that technology companies persuade their clients to constantly embrace change; newer, faster, better versions of software and hardware. But a lot of these companies are struggling with the changes that they themselves are now presented with.

I urge you to jump, or at least gingerly take steps towards the cloud. I really don’t think you’ll regret it! 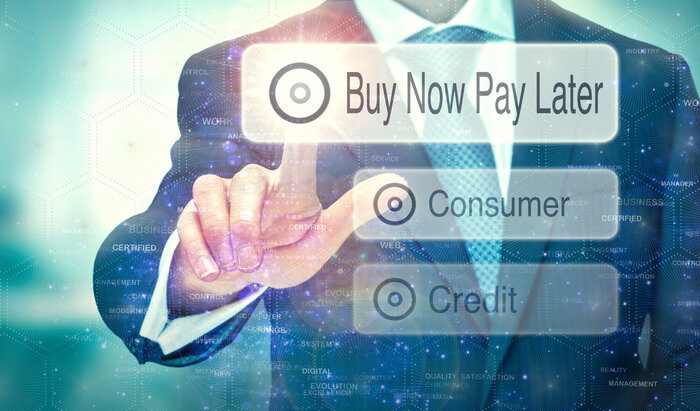 Buy Now Pay Later Services are on the Rise 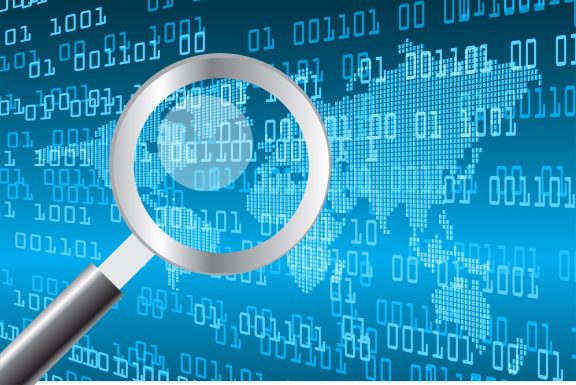 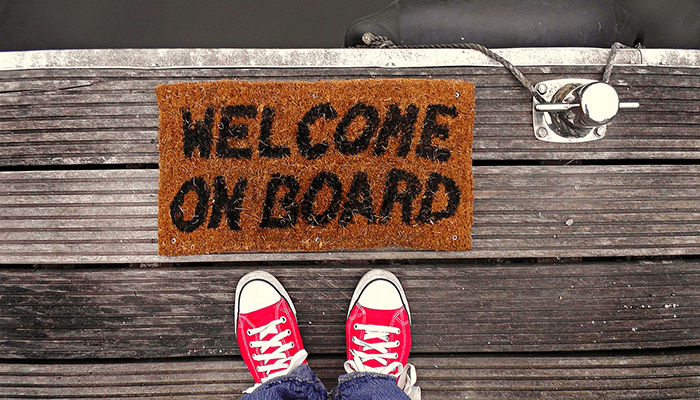