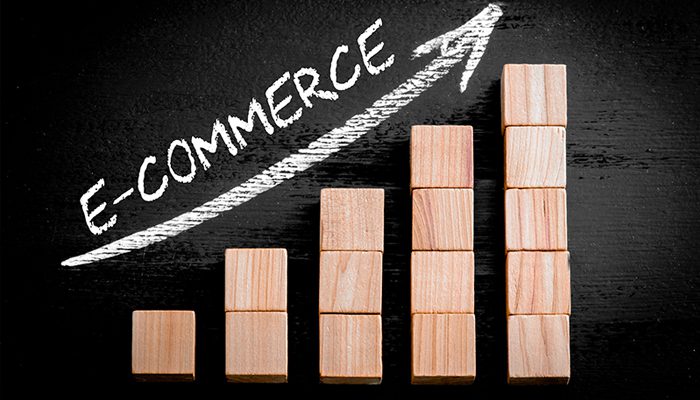 Retail Stores after the Lockdown

After the pandemic cool down a lot of retail stores were expecting a surge of customers rushing in through their doors. However, the ecommerce market continues to grow rapidly and some of the retail stores’ sales are still plummeting.

In the UK retail sales grew by 6.4% in July1, substantially less than the three-month average of 14.7%. The Barclaycard reported that ‘’the spending on its cards was 11.6% higher in July than in the same month two years ago’’, showcasing the impact of the post-pandemic freedom on the entertainment industries’ growth. During the sunny month of July the expenditure went mostly towards outdoor dining, sporting events and other fun activities.

Naturally, the delayed growth of retail sales meant that the ecommerce was still skyrocketing. Digital Commerce 3602 found that ‘’ecommerce in U.S. reached $196.66 billion in Q1, up 39.0% year over year from $141.52 billion in the same quarter of 2020’’. People are hesitant to go back into crowded shops when shopping online has become so accessible.  It was discovered that ‘’the 39.0% growth in Q1 2021 is the second-highest pandemic period increase behind that Q2 2020 peak’’. To demonstrate the significance of the growth of the ecommerce market it must be noted that 2021 Q1 is the second-highest recorded rate for any Q1, behind 2001 when online sales grew by 42.7% due to the new and unfamiliar ecommerce market gaining popularity. 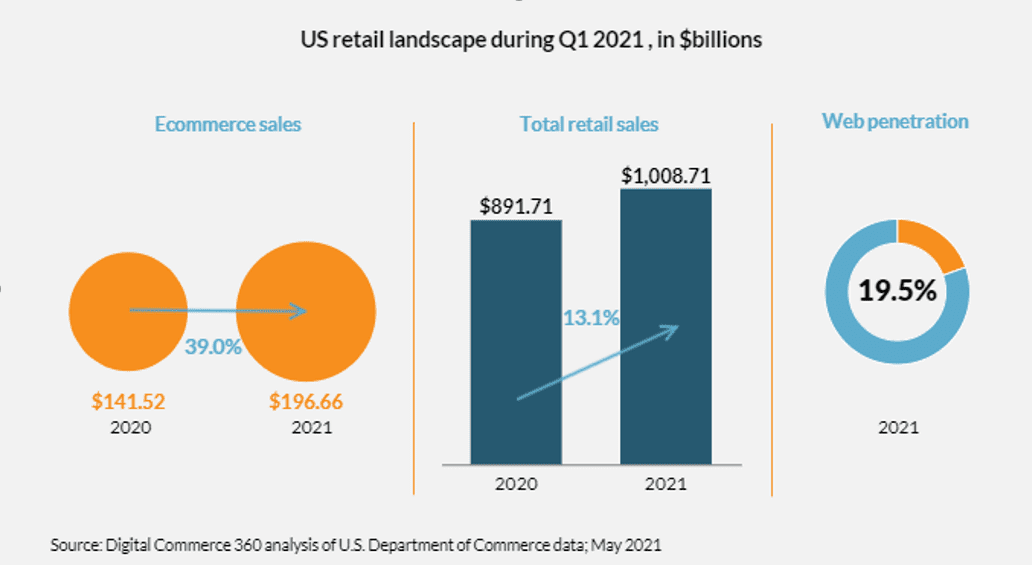 Ecommerce growth all around the globe

The U.S. is not the only country where significant ecommerce growth was experienced. Our Market Intelligence tells us that there are nearly 2 million global retail websites that are taking payments online and shipping products. The whole digital world is faced with hungry buyers.

Latin America also encountered an ecommerce growth during 2020. Argentinian ecommerce experienced a growth of 79%, becoming a country where ecommerce grew the most in 2020. In Mexico there is 65% of internet user penetration rate and only 37% of the population has a bank account, therefore ecommerce is increasing rapidly due to digital wallets and mobile apps.

Indian ecommerce market is forecasted to grow 21% annually over the next four years. The increasing digitalization and internet adaptation is benefitting the Indian market in a rapid rate. 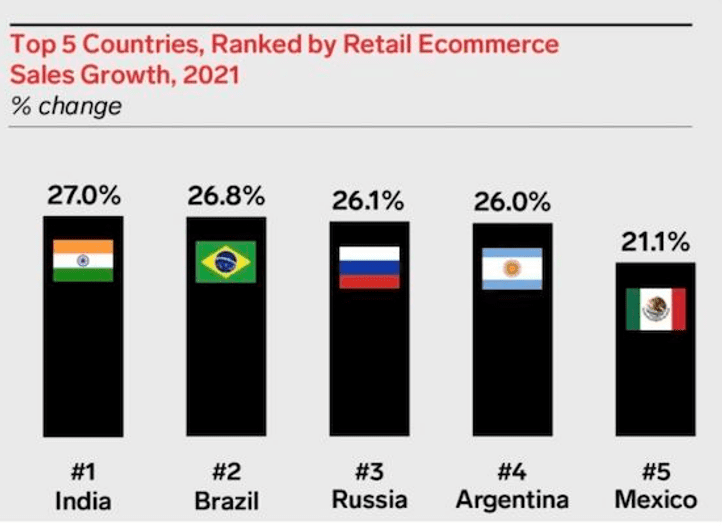 The continuous fast growing ecommerce market has allowed for new markets and companies to emerge all over the world. Although a lot of smaller companies are being overtaken by big brands due to their monopoly position in the market, a lot of businesses had no choice but to turn to online retail in order to keep their company afloat during Covid-19. Innovation during the pandemic gave rise to personalized websites offering more deals and quicker shipment.

As a result of Covid-19 we began to see important factors such as trust contribute to the growth in the ecommerce market for particular suppliers. It was the big names within the ecommerce market that benefited the most due to the trust factor. These people went to familiar brands such as Amazon as they know and love this company. As a result, Amazon’s U.S. revenue hit $60.44 billion in Q1 this year5,up to 42.3% from $42.48 billion last year. This is nearly double the growth from the 23.9% growth increase last year in 2020 for the same quarter. Amazon accounted for 30.7% of all U.S. ecommerce in Q1 and as Digital Commerce 360 puts it ‘’were responsible for nearly a third of growth in the online sector from January through March.’’

With online retailers evolving and providing improved services the prognosis of ecommerce for 2021 is positive. 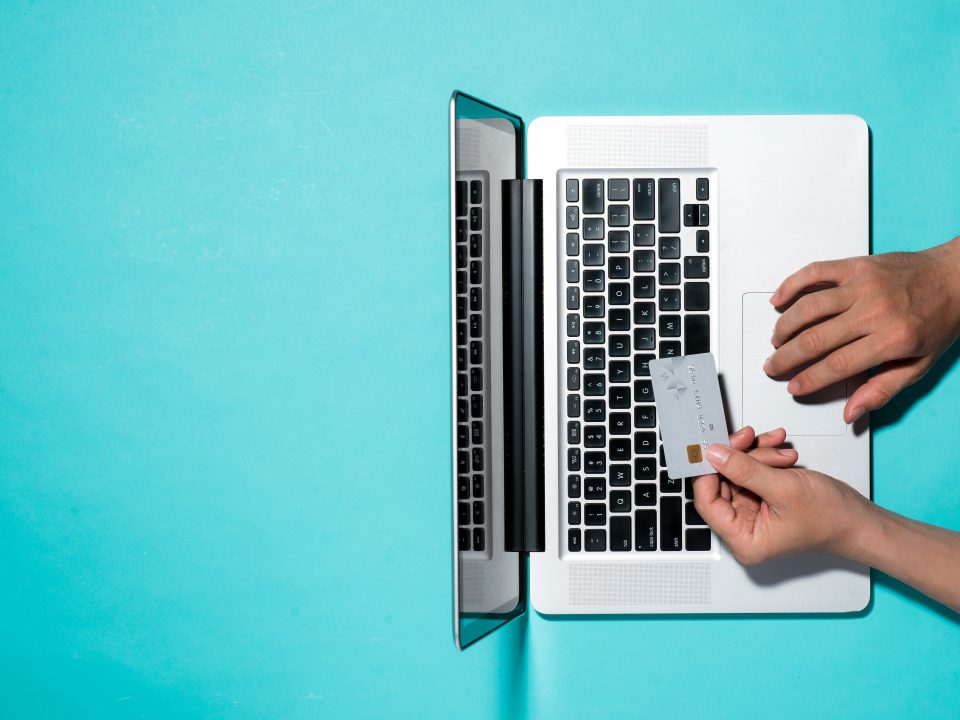